Home » A Complete Story of Bad Boys for Life Movie 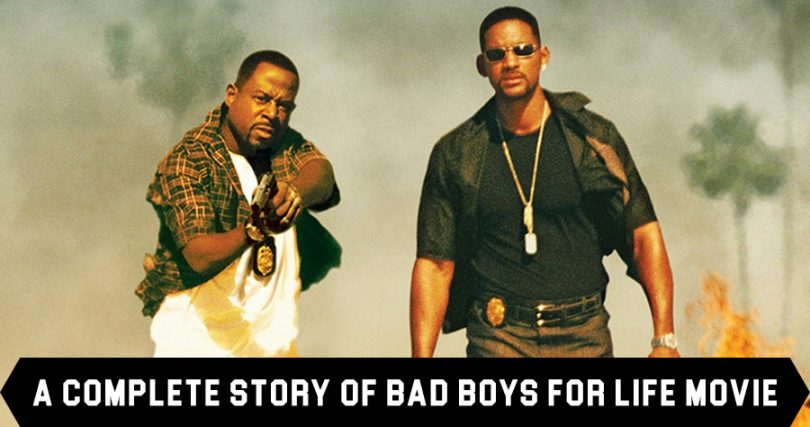 Who doesn’t like a good crime movie, eh? Solving mysteries, adventures to capture the bad guys and the curiosity of every upcoming scene. Cop movies are movies that are usually a good combination of adventure, comedy, crime, suspense, and action. All the goodness in one movie, who wouldn’t love it? Speaking of good old fashioned cop movies, one of the best cop movies of old time was undoubted, Bad Boys. Yes, this movie had all the characteristics mentioned above and was immensely loved and admired by the audience. Good cop movies are hard to find and luckily, we just got a sequel of this amazing movie named the Bad Boys for Life.

The release date of the movie Bad Boys was released on the 7th of April 1995. The movie was an American copy movie full of action, comedy, and mystery. It was directed by Michael Bay. The two main stars starring in the movie are Martin Lawrence and Will Smith. The two characters play Detective Marcus and Detective Mike Lowery respectively. The two characters play as Detectives who work together as a team to bring down a drug dealer in Miami. The movie revolves around the two detectives and their approach to destroy the drug mafia. The movie has received immense love and appreciation from the audience. It has been one of the craziest and amazing cop movies in the long history of Hollywood movies.

Bad Boys for Life has been scheduled to be released on the date 17th of January 2020. The cast of this movie also includes both Will Smith and Martin Lawrence as the stars of the movie playing the role of Detective Mike Lowery and Detective Marcus respectively.

The plot of the Movie.

After 17 years of the release of this movie, a sequel of the movie is launched and named as Bad Boys for Life. It is an upcoming American action, comedy and thriller cop movie. The plot of the movie follows as both the detectives reuniting and running together for a case, similar to that of the old one where both of them try their best to bring down a drug cartel. The Romanian Mob King tries to take his revenge from both the detectives just around the time when they both are about to retire from the force.

In this movie, detective Marcus, who has been retired from the force is living his peaceful and quiet life. On one fine day, he gets pulled back in the craziness when his former partner and friend Mike Lowery gets threatened by an evil criminal who is the boss of a drug cartel known as Armando Armas. The main purpose of the threat was to take cold-blooded revenge from the two detectives who put away the brother of Armando Armas (in the previous movie). Both the former partners team up together one more time to and create a team of their own known as the AMMO. On the other hand, things get a little more complicated when they get to know that the leader of the AMMO team is an old girlfriend of Mike Lowery. This has got to make things weird and harder between them!

New Faces in The Movie.

There are a few new faces in the movie that the audience would surely love to see with Will Smith and Martin Lawrence. It includes Vanessa Hudgens, Alexander Ludwig, Paola Nunez and Charles Melton who all play a vital role in a newly created unit known as the AMMO. These characters were employed by both the detectives in order to form a team. On the other hand, the character of the drug cartel boss is played by DJ Khaled. The name of DJ Khaled’s character is known as Manny the Butcher, you may remember the actor from his brilliantly played role as the British TV presenter Jacob Scipio.

Director of the Movie.

The movie Bad Boys For Life has been a real shocker for the audience since it released after 17 years of the first movie Bad Boys. The audience is thrilled and curious to see the performance of the amazing actors in this movie. The plot of the movie gives an idea of what the movie is going to be about and the fans are crazed to watch it. Let us just hope that the movie fulfills our expectations because we expect a lot from it after the amazing response Bad Boys got from the audience, we expect the sequel to be even better.