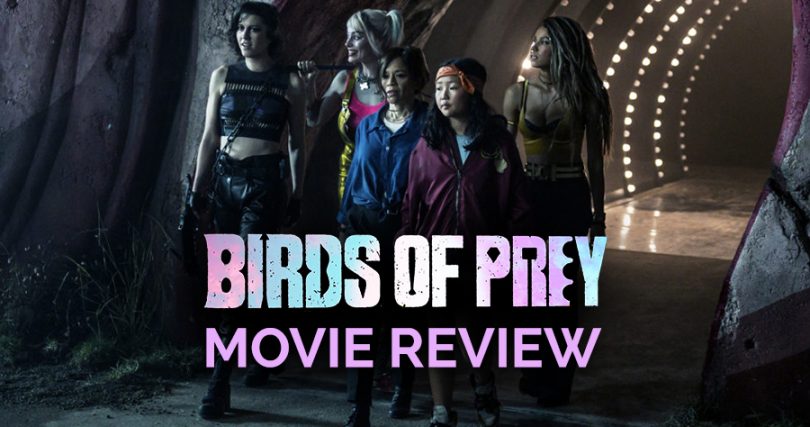 Birds of Prey – the classic DC Comics superhero film starring Harley Quinn is surely a movie that you would love to watch in the theatre. The movie has been a follow up to Suicide Squad, where Harley Quinn was deeply in love with the Joker. Well, Birds of Prey is where you would be watching the most sensational breakup – Joker and Harley being separated! The abusive relationship between the Joker and Harley Quinn has come to end, which led Harley to overcome her persona and take a stand for herself. She cuts her hair short and transforms her personality into an independent and crazy sociopath.

Breaking up the stereotype of action movies

Birds of Prey doesn’t have the traditional action movie plot that usually DC Comics present to their audience, there are no boring men and no dull scenario – the movie is full of life, showcasing the loud and delighted mess of Harley Quinn along with the girl squad. So far, this has been the best DC Comics action movie! The movie has portrayed Harley Quinn as to be among several other DC antiheroes, but originally the movie focuses on the people who want to take revenge from Harley, as she’s no longer with the Joker.

The character of Roman ‘Black Mass’ Sionis portrayed by Ewan McGregor, is the crime lord who has threatened Harley Quinn with his possessive and evil personality. He has stroked her a deal of getting him back the diamond along with the mob secrets and he’ll spare her life; but originally, he has planned to kill her anyway so he has hired almost every bounty hunter in the town to get the diamond in the Gotham City.

Girl Squad is on the way

The movie is a comeback of the girl squad. Birds of Prey introduces the main characters of Cassandra Cain played by Ella Jay Basco, she is the one who has the diamond. The Huntress knew as Helena Bertinelli, portrayed by Mary Elizabeth Winstead – the assassin who is after the diamond for some personal reasons. Black Canary as Dinah Lance, originally portrayed by Jurnee Smollett-Bell, an employee of Sionis but eventually turns on him. Lastly, Detective Renee Montoya, played by Rosie Perez, who is the cop looking into this entire scenario. The entire cast is outstanding. The characters have been put into place tremendously with a fun and honest portrayal of the personality of each character.

Harley Quinn is one of a kind

The script of the movie written by Christina Hodson is undoubtedly strong and potent, but honestly, it’s not the plot of the movie for which you’ll be watching this – it’s the outstanding performance that Harley Quinn has given! The movie sounds like a Deadpool movie, with aesthetic music and moves all around. The movie isn’t a parody of Deadpool but you’ll surely feel the effects of it. the tragic and spontaneous comedy that Harley Quinn has managed to pull off in the movie is surely something to cherish – it’s not as good as Deadpool, but who cares, it’s Harley we are talking about!

The personality that Margot Robbie has managed to carry as Harley Quinn, has won over our hearts with a psychotic attitude and a vibrant charisma. With short hair, and an aggressive smile and a crazy mood, she has been winning over the audience. As she has broken up with the Joker, she is ought to carry a mindset that could maybe make her a superhero in this production. The end of an abusive relationship with the Joker has brought her up at the stage where she knows how to stand for the rightful.

It’s all about Fun

Birds of Prey is a movie that has brought quite things at the same time on the screen – fun, energy and thrill. The list of events happening as Harley Quinn has broken up with the Joker turns out to be dramatic and full of energy. But when it comes to the liveliest character of the movie, who is undoubtedly Harley Quinn, only Ewan McGregor is the one who stands close to the level of energy and enthusiasm that Harley has portrayed in her character. The charming and vibrant personality of his character has won over the hearts of the audience and has made this movie a blast!

The aesthetic personality that Harley Quinn is embraced with, is complemented with the weird opera music in the background along with her sexy apparels and a chanting look. The mere background with lighting and effects is appreciable as well. As Harley isn’t with the Joker anymore, she seems quite happy acting sane – which is a good thing. The convincing trailers have surely made us fall in love with Harley Quinn because come on, how can we not fall for the roller skates? Everything in the movie seems to fall in place, the directions, cast, dialogues and the setup!

The title embraces the storyline

Though the title of the movie, Birds of Prey (and the Fantabulous Emancipation of One Harley Quinn) only highlights Harley Quinn but is her team which makes her stand where she is. Each character binds with the other character to form the bond that they have on the screen. All of the five women experience the new trails of life on their own terms, having the support of each other among the hurdles. The movie is self-acted and well organized with a hopeful air and a welcoming tone.

The highlights of the plot

Though Birds of Prey is a superhero action movie, but the movie hasn’t been focusing on the traditional action moves at all! You will not be bored with the mainstream punches and fights, nor the technological blunders as well. Since the movie has a delightful and fun way of portraying the plot, you will see pink and blue smoke popping up as the fight starts, the glitter bombs being fired from the grenades, the car chase on roller skates and oh yes, the big merry-go-round, you’ll see!

The martial arts sort of fighting is what you will be witnessing in the movie. The craziest character of Harley Quinn will stand up against the muscular bad guys, following them on roller skates and making the sexiest fight moves on them is appreciable. The comedy personality that Harley Quinn has been portraying in Birds of Prey is surely something that tops this all. The fighting style, amazing portrayal of the character and her charming personality has been something that you would love to watch on the big screen.

Just like other action movies, Birds of Prey has been working with swear words and a lot of violence which makes you wonder the strength and capability of girl power. The rhythm of music along with the aesthetic fights is something that you would appreciate. The trailers of the movie have given us a broad idea of how the movie will turn out to be. The chic personality of Harley Quinn will is admired along with the sense of humor that she brings along, for instance in the middle of a fight she thinks of ordering a pizza to celebrate the moment! That’s right, that’s Harley!

The energy that the entire cast has put into the movie is incredible. Birds of Prey is a movie that you would love to watch along with your gang. The craziest personality of Harley Quinn will win over your hearts even without the Joker. She has performed radiantly in Birds of Prey. The visuals of the movie are another reason to wait for this hit follow-up of Suicide Squad. Harley Quinn along with the other characters has carried this plot to a new direction, promoting girl power and embracing the chaotic personality of her character.