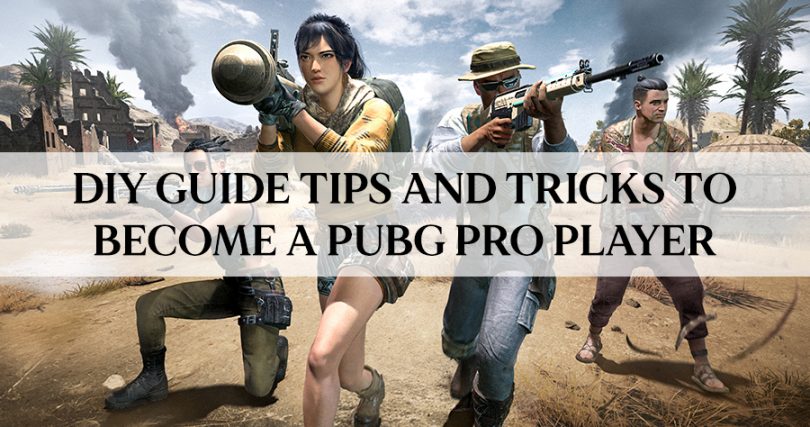 If you are a gamer then you must know well about the online multiplayer battle royale game PUBG.The game has been one of the favorites of today’s generation. Whether it be kids, youngsters or adults, people are addicted to this battle royale game.

The game invites about one hundred players online and then allows them to land on different locations through a parachute. Each player searches for weapons and equipment that could help them in killing their competitors. The players tend to avoid being killed and increase their kills to enhance their score. It is vital to stay in the safe zone because the map gradually decreases over time which leads to the challenge of players surviving in a tight zone among other players. The last player wins the round.

If you have been playing this game for long and you believe that you are a pro player of PUBG, then this article might be somewhat of your interest. Whereas, if you have just begun to play PUBG, then we believe that this is the article that you need to read right away.

This article is about the DIY guide tips and tricks that could make you a PUBG pro player. So, are you ready to go along this article and call yourself a professional player of PUBG? Have a look on the following, and thank us later:

Get pro at having the most kills

We know what PUBG is all about? You don’t get to discuss about the strategy that you implied on winning the game, every other person focuses on the number of kills that appear at the end of the game. As the victory is dependent on being the last survivor in the end, you may not get much praised if you have a smaller number of kills or no kills. So, would you want to know the tricks and tips of getting a great number of kills? Well:

We know how exciting it is to get fancy costumes and gadgets while starting the game of PUBG, but if you want to get more kills then you might compromise on your dress code. Your opponent is eagerly listening to your footsteps and that is what makes you get killed. By removing your shoes in the entire run, you can save yourself from being identified. This is surely a trick that could help you in getting more kills, as other players wouldn’t be able to identify your presence and you can plan strategically to kill them.

To win any game, you must play mind games to distract your opponent and lead the path of victory. Instead of turning on your mic just for your team, act smart and let your mic be opened for the entire battlefield. This way, you will be able to know what others are up to and you can plan your steps accordingly. You can then shout out your current location on the mic and let other people know where you are (Obviously not the place where they can come and kill you, but where you are settled as pointing the target), this would give you a good number of kills.

To act smart, park your closed top vehicle at a location where you think people might come eagerly. Sit in the back seat and wait for people to approach towards the car. Once they think that the car is vacant and they come close to get in the car, there is your chance to get a good number of kills.

It would seem like unimportant, but your outfit plays an important part in increasing your number of kills. Instead of choosing a fancier look to carry, you must choose an outfit that could be blended in the background. A camo jacket, pioneer shirt, combat pants and leather gloves could be a good option.

Get to win the Chicken Dinner

You must land your parachute at the right place, where you can see clusters of building and you can make a good loot out of the place. Try to go towards the place where less people land, so that you can grab onto a good range of weapons and equipment.

2.    Avoid getting in a conflict at first

As you start the game, avoid getting in conflicts with your opponents. Get yourself good weapons and gadgets first.

Instead of rushing into getting more kills, try to play smart. Take your time to observe things and plan an effective strategy. Get the right weapon and then move ahead to fight.

Get the right gun to fight your opponents and then find the right scope. A 4x scope will surely ease things for you and would make you get good kills.

During a combat, instead of running straight towards your hiding place or the component, run in a zig zag pattern to confuse your opponent.

If you are looking for a chance to get free crates in PUBG, then this is what you need to do:

If you desire to unlock weapon skins in the game, there are only two ways to do so. Either purchase new skins or get rewarded by a special loot crate. There are two loot boxes:

You can purchase Raider crate for 1200 BP.

This crate cannot be purchased, in fact, you have to earn it by purchasing crapes with BP and getting assigned with this crate randomly.

If you are playing PUBG with the aim to win the Chicken Dinner, then you must know the secret of increasing your kill ratio. Without having a good number of kills, you do not have much chances to win over the round. We have some tips that could help you to increase your killing ratio in the game:

If you want to kill about 16-20 people in a classic match of PUBG:

Get ready to have the most kills in the next game you play! Invite your friends to play a game tonight and show them what a pro player you are. With the help of these DIY guide tips and tricks you are about to show some amazing skills to your friends in the game! Good luck lad!