Home » Everything You Need To Know About Birds of Prey Harley Quinn. 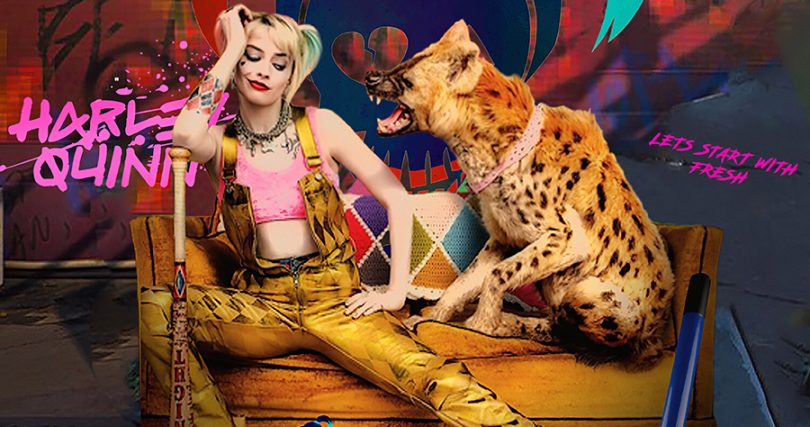 DC Comics is an American comic book publisher. DC comics has given its audience a few of the best superheroes it could have asked for. The best superheroes of the DC Universe include Batman, Superman, Flash, Wonder Woman and a lot more. Similarly, it has given us some of the historic villains which include the Joker and her girlfriend Harley Quinn. Harley Quinn has received immense love and appreciation from the audience for her tremendous performance. Two of the movie which has complimented Harley Quinn the most are Suicide Squad and the upcoming movie Birds of Prey.

The character of Harley Quinn has been played by the gorgeous Margot Robbie. The audience claim that no one would have pulled off the character better than how Margot Robbie did and we all agree.

The character of Harley Quinn has been one of the most vital for the DC universe. Harley Quinn first started as a sane person who worked as a psychiatrist in a hospital in Gotham City. Harley Quinn was brilliant at her job, she was later given a patient who was actually one of the evilest minds in Gotham City. In the process of treating Joker, Harley Quinn fell in love with her patient. Harley Quinn was so deeply in love with Joker, she ultimately changed her path of righteousness. She turned into someone she wasn’t in order to express her love for the Joker. She wanted nothing but the approval of Joker which made her do wrong things including killing and taking revenge from the people who put the Joker in the asylum. The Joker fell in love with Harley Quinn as well as they started to execute Joker’s evil plans together.

Check out the collection of Harley Quinn Jacket on the USA Jacket.

The first movie which starred Harley Quinn as the important character was Suicide Squad. The plot of the movie starts with the U.S intelligence building a team of evil villains in order to execute a special mission. This team also consisted of the Joker and Harley Quinn. Little did the team knew that Joker had some of his own missions to accomplish.

The upcoming movie Birds of Prey stars Harley Quinn as one of the main characters. The initial date of release of the movie is the 5th of February 2020. The plot of the movie continues after the Joker and Harley Quinn split and ends their love story. Harley Quinn remained in Gotham City. After her break up, Harley Quinn joins a team of women in order to accomplish a mission. This team of women included Black Canary, Huntress and Renee Montoya. The women gathered and form a team to make sure to save a little girl named Ella Jay Basco’s Cassandra Cain from the hands of an evil crime lord known as the Black Mask which was played by Ewan McGregor. The movie revolves around the adventure of the team of women trying to save the little girl.

Birds of Prey Harley Quinn has been the highlight of the movie and the actual movie revolves around her character. Harley Quinn along with Black Canary, Huntress and Renee Montoya is expected to be one of the most amazing, all-women team which is present in the Gotham City fighting evil.

The role of Huntress is played by Mary Elizabeth Winstead. The Huntress has had a lot of repetitions in the DC universe. In the movie Birds of Prey, Huntress has been portrayed as a former mafia princess whose family was slaughtered by a mob at her young age. This tragedy switches her life and turns her into a vigilante which ultimately leads her to the Birds of Prey team. Huntress is best known for her amazing skills with a crossbow and she has been popular for her violent tactics and her trademark. The character has been portrayed in the first two seasons of the Arrow by The Cw. She is not an original member of the Birds of Prey team but since her popularity and fans are all around the world, the audience is very excited to see her appearance in the movie Birds of Prey.

Another amazing woman who has been cast as a detective of the Gotham City Police who is known as Detective Renee Montoya. The character was initially created for the Batman: The Animated Series but has received immense love and respect from the audience. The audience has been excited to see her in the Birds of Prey movie.  Renee is one of the most prominent gay characters in the DC universe. Renee Montoya has been taken the most out of her character and the role of Renee Montoya in the Birds of prey is played by Rosie Perez which is one of the best factors of this character overall.

The main superheroes are revealed, you must be wondering about the villain now. Black Mask is the villain of the movie whose role is played by Ewan McGregor. Black Mask is Dark Knight’s most obnoxious villain and is known to love to torture people and is the Gotham City’s most powerful villain. The villain was created in 1985 by Doug Moench and Tom Mandrake.

The audience is thrilled to see the upcoming movie Birds of Prey which has portrayed some of the best characters from all over the DC universe. The exceptional performance of Harley Quinn is making people go crazy for her. The expectations of the audience is on the seventh sky and we hope that the movie fulfills our expectations.