Home » Everything You Need to Know About Free Fire Costumes 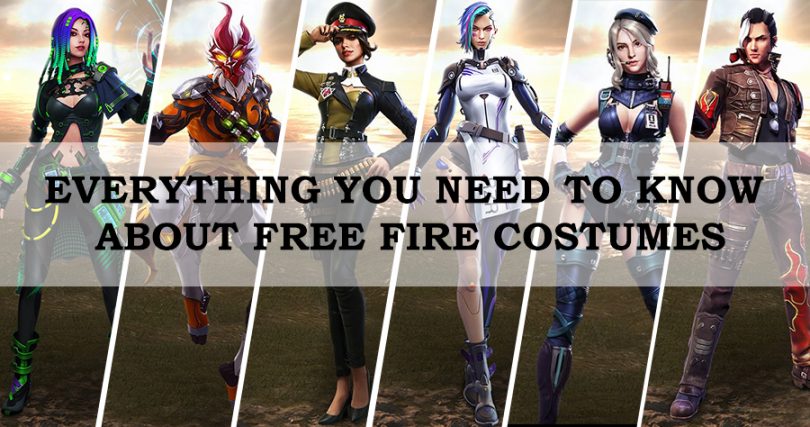 Free Fire – a mobile battle royale game published by Garena Studios has been one of the most demanding and popular games. The game was officially introduced on 4th of December, 2017, for the users of Android and iOS. The game has also won the award for ‘Best Popular Vote Game’ by Google Play Store.

The plot of the game is meant for multiplayers as well. The game starts with up to 50 players landing on an island with the help of a parachute. The players are supposed to find weapons, equipment and ammunition to kill other players. The last one surviving wins.

With every update the game has been grooming in almost every aspect. The latest update of Free Fire, has introduced special gold royale, new map, new events, change in weapons, new game modes, new vehicles, new lobby and some new characters.

Along with the adventurous plot of the game, the costumes that the players are attired with through out the battle are surely intimidating as well. Each character’s costume is different from the other which highlights their personality and strengths. If you have been a constant player of Free Fire, then you must be eager to know about the costumes that the characters in Free Fire are attired with.

Well, in this article, you will get to know everything about Free Fire Costumes. Below are listed the characters of Free Fire along with the description of their costumes that they are attired with:

The character of Shimada Hayato belongs to the Samurai family who carries on the tradition and curse of his family. He is ready to give up his life for the secret that is meant to be kept secret. The Shimada Hayato Costume defines his skillful personality in a clear obvious manner. The armed leather jacket in dim gray is all that the character needs. The jacket is made of genuine leather with a double erected collar paired with belted buckles. 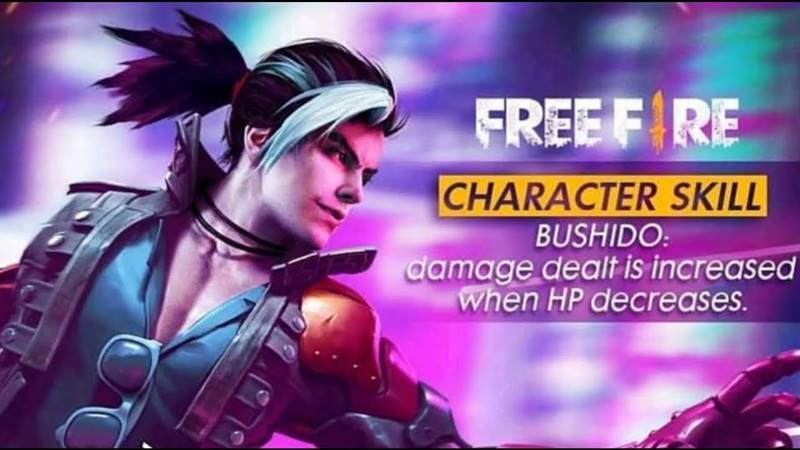 The beauty queen who is the epitome of evil and an arms dealer, has quite a painful past which she doesn’t allows to reflect in her personality. Her personality has been clearly defined with the classy costume that she is attired with in the game. The jacket that she wears with an attitude is made of genuine leather with a turn down collar and a front zipper closure. The open hem cuffs and laces on the jacket is accessorizing the look of the costume. The black color of the jacket gives a classy look to her character. 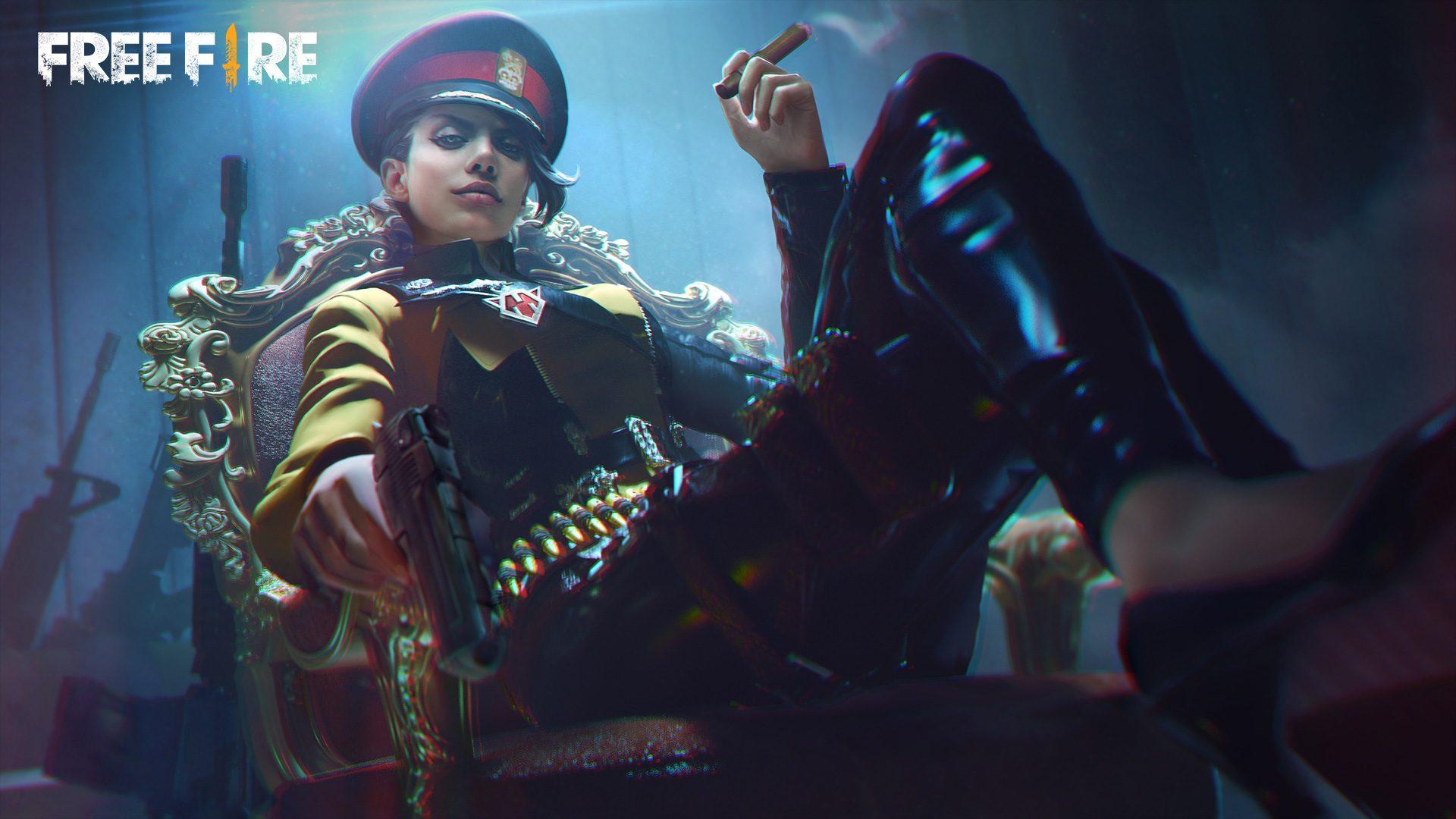 The ordinary man from the Navy, Ford, is a man who has his own secrets with some important motives. He has been given quite a classified personality as a player in Free Fire. The costume that he is attired with in the game defines his personality in an obvious way, the costume of Navy is what he wears.  The coat is in blue and is made of cotton with a lapel collar and a buttoned closure. The open hem cuffs with a short length of the coat gives him the right posture as an official member of Navy. The medal is placed on the right side of the coat.

Since Andrew is a police officer, he has a strong sense of justice with the sole purpose of searching for the truth. He spends most of time chasing criminals and thus, needs an attire that could be comforting and dominating as well. The jacket that he is attired with is made of genuine leather with a v-shaped collar and a buckled closure. The jacket in black with a Police badge of the chest is what makes this jacket dominating. The two front pockets on the waist makes it easier to carry the belongings.

The character of Misha is defined as a talented racer, whose attitude and skills are insane. She is able to tackle any challenge with a firm mind and hold. For her, the path is always a straight one. Her character demands a costume that could highlight the insane personality that she has. An orange colored leather jacket with a lapel collar and zipper closure does the work itself. The two flap pockets on the waist makes her attire look classy, just as her personality. 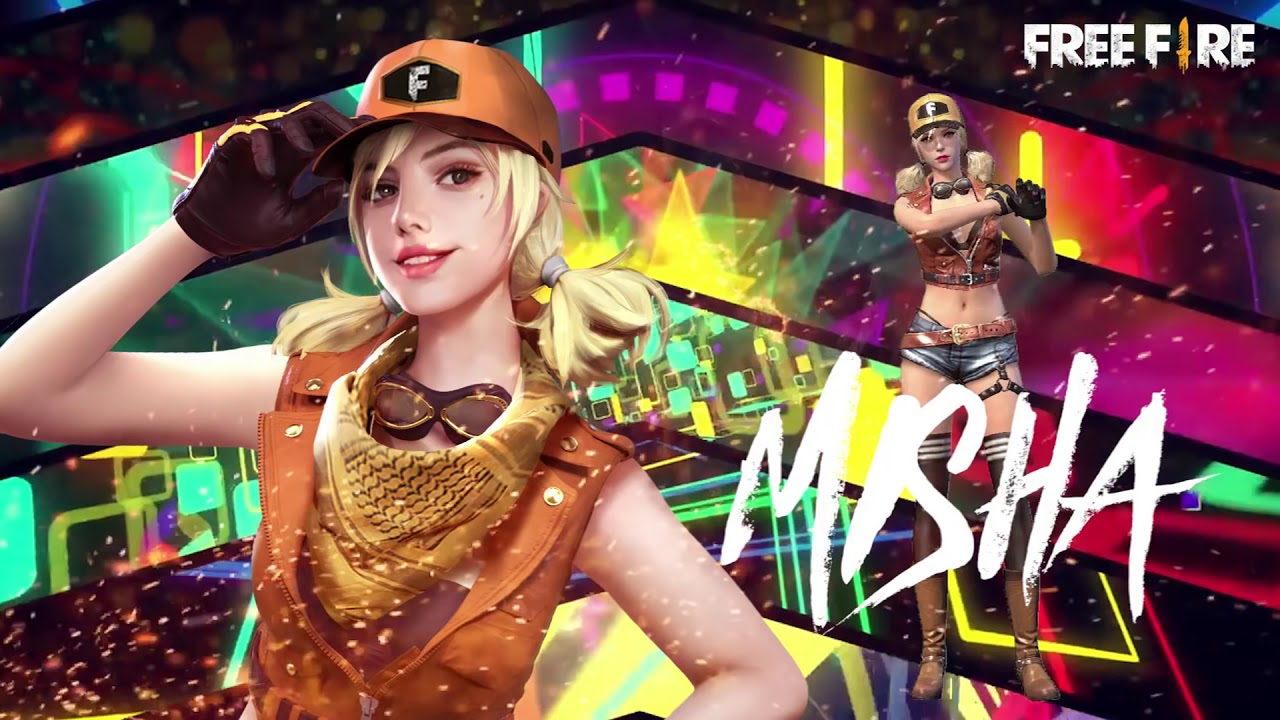 Kelly is a high school sprinter, who is always spotted on the track with the enthusiasm to run. Despite any obstacles, she manages to move forward and make her way ahead. She has been attired with a yellow costume in the game, which highlights her astounding personality. The jacket she has been wearing around is made of fleece with a zipper closure and a turn down collar. The rib knitted cuffs of the jacket along with two side zipper pockets are additional features of the jacket. 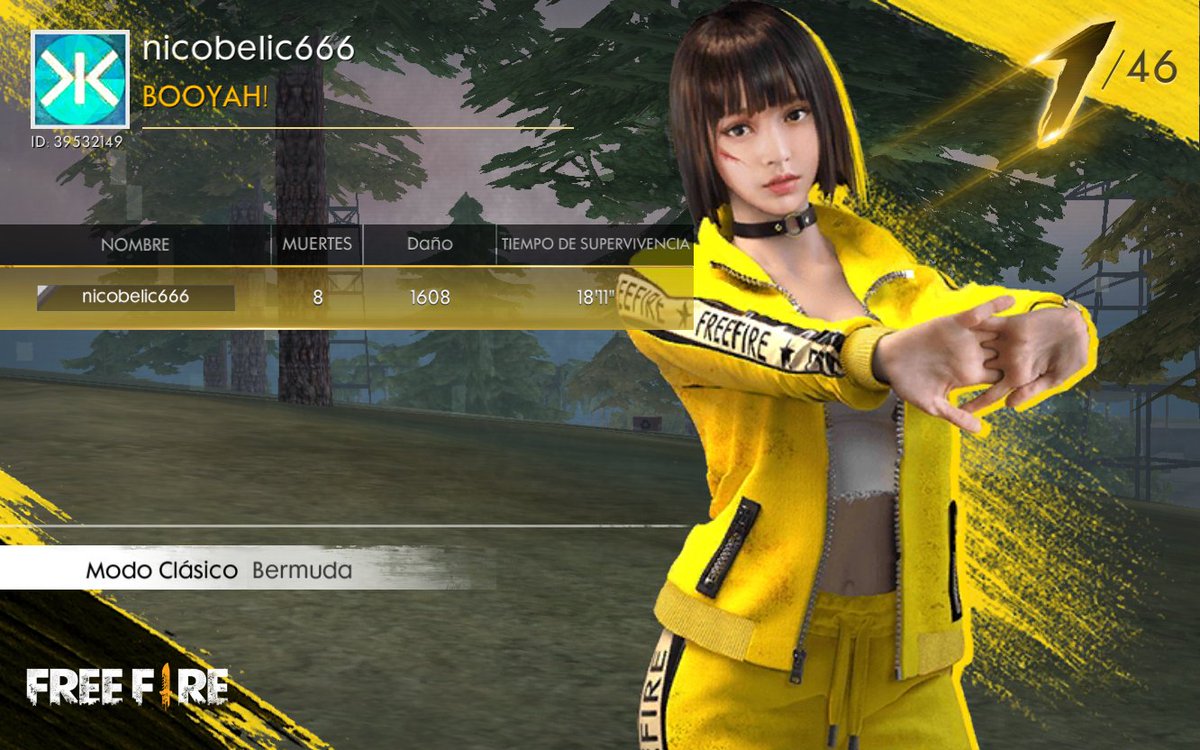 The most fun character of Free Fire, Maxim is whom we love to watch. He is addicted to livestream as he eats. He can never say no to food. The most liked character of Free Fire with a cheerful personality, makes him one of our favorites. The costume that he wears in the game is causal. The leather jacket paired with a ripped jean – much causal right? The leather jacket has a round neck with a zipper closure and rib knitted cuffs. The silver color makes it look a bit funky as well. 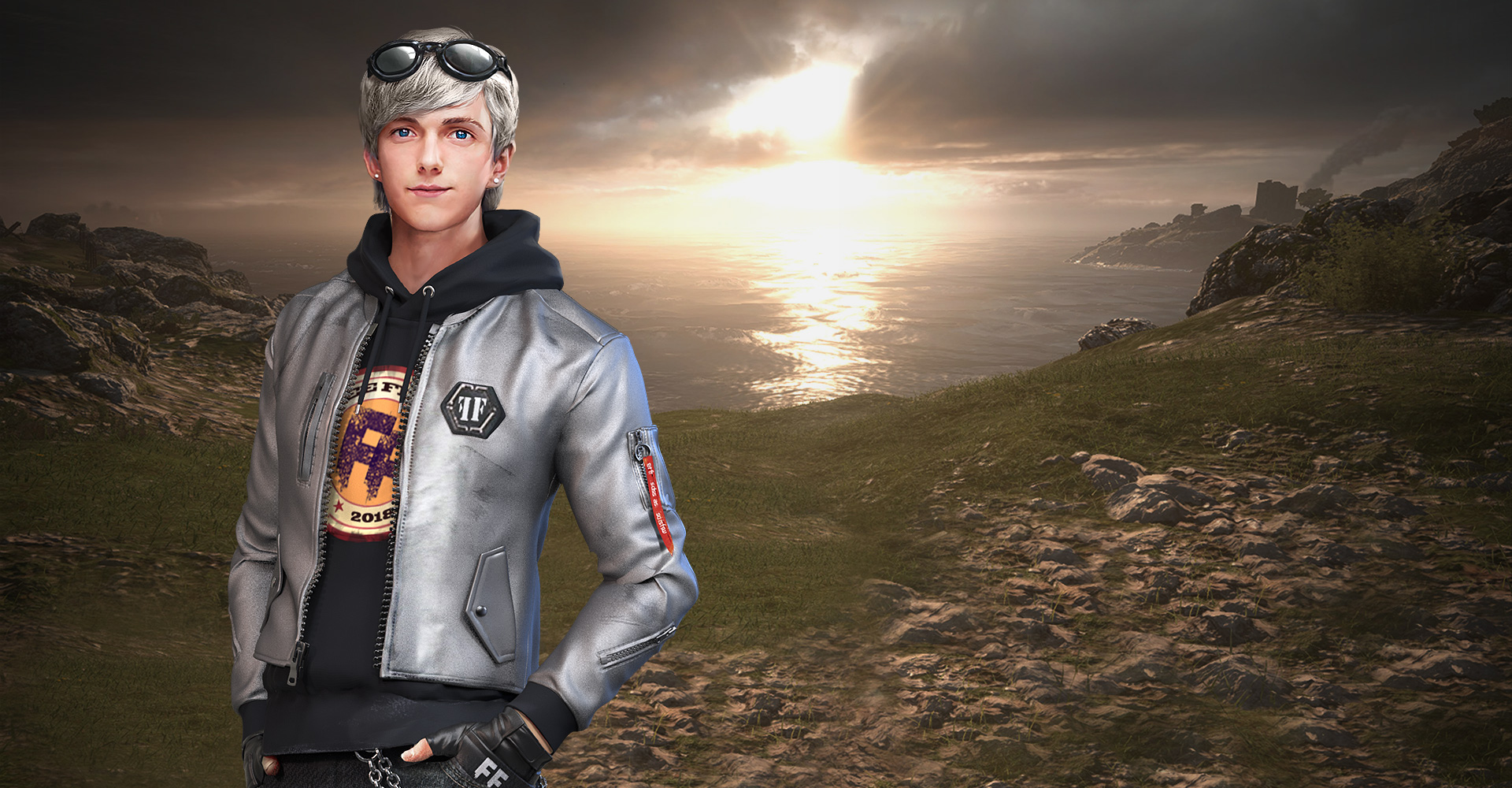 The deadly killer of Free Fire is attired with a deadly costume to pursue the personality within the looks. The leather coat that he is attired with in the game is made of genuine leather with a lapel collar paired with a buttoned closure. The open hem cuffs and two side pockets makes it look aggressive and passionate. The color black tops it all. 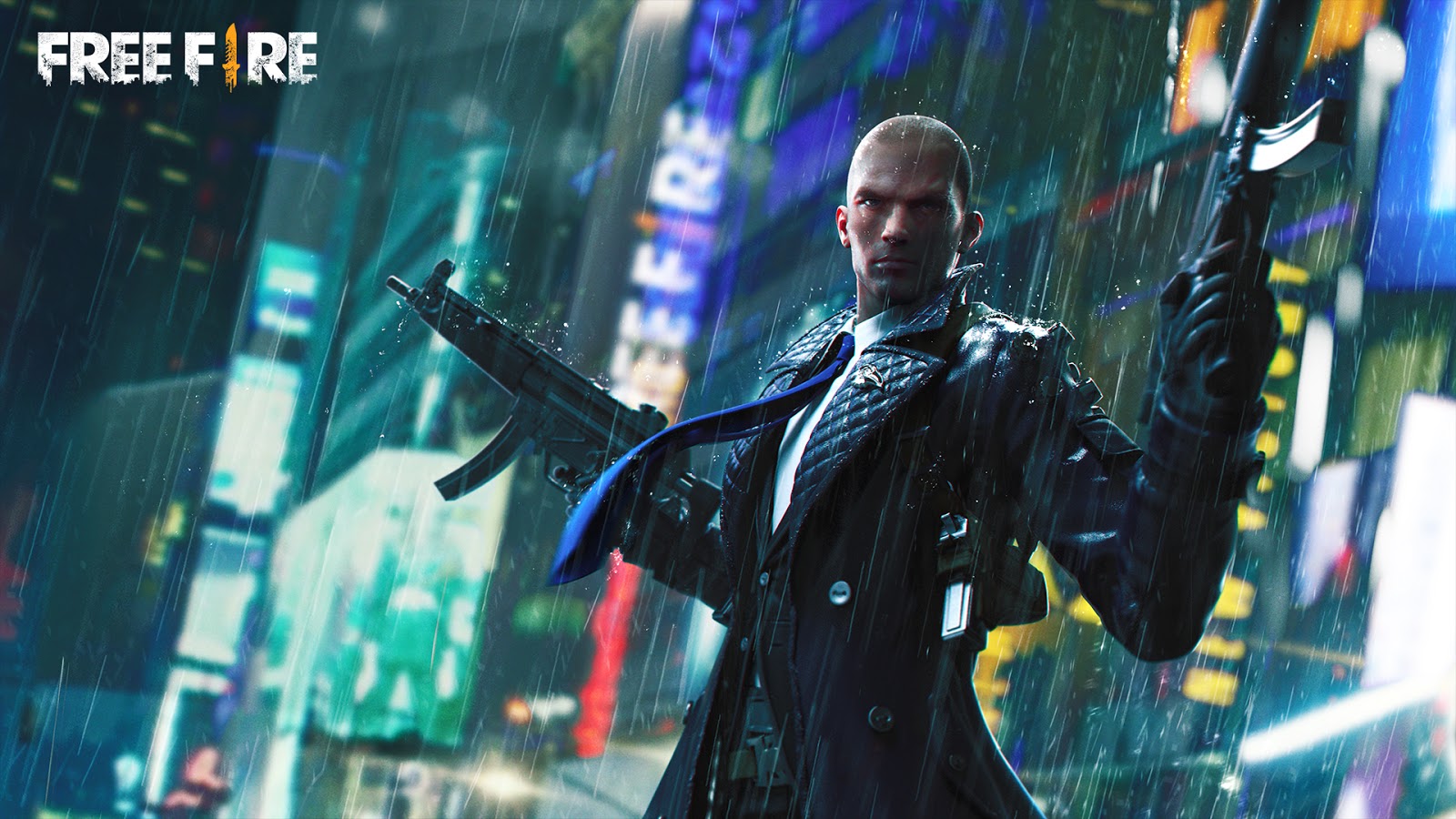 Being a Free Fire fan, the above-mentioned costumes must’ve thrilled you. It is all that you need to know about Free Fire Costumes.