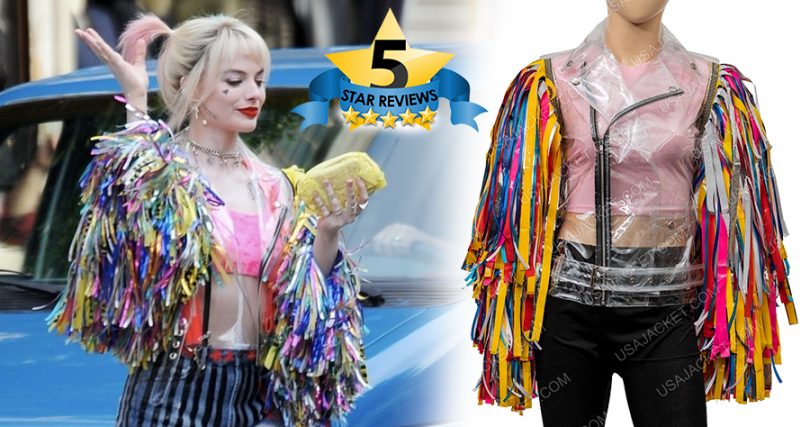 Birds of Prey is a 2020 release and has Harley Quinn as the main lead. Just after she breaks up with Mr. J, or who we know as Joker, her position in the city is troubled and she discovers how a number of people including Black Mask are now after her. Things are difficult for Harley but life becomes more of an adventure when she is able to shake hands with other furious and capable women which include The Huntress, Black Canary, and Renee Montoya. All of them together try to protect a girl from losing her way to the dark side, so now they are using their strengths for the larger good.

While it is a girl gang sort of movie there is still a lot of action involved and it looks even better because of this one factor that no one can really ignore. Yes, we are talking about nothing but the fabulous clothing that Harley Quinn and her acquaintances have acquired throughout the show. While every outfit has its own significance and all the outfits as a whole are also serving a purpose, like any other movie, there is always this one outfit of Harley that sticks with you. And for this movie, it is definitely the signature caution tape jacket that we will be reviewing here for you!

What do you need to know?

If you are a fan of Harley Quinn just like us and have been following her character since the beginning, you probably would love Margot Robbie playing this character as well. The reason why Birds of Prey movie is such a hit is not limited to just one explanation. Although, one of them definitely is the way dresses are designed for the whole cast. And off course, the main lead Harley Quinn has been dressed up with clear observations and after much thought!

When it comes to this caution tape jacket, what you need to know is the fact that while designing this piece, the designers wanted to come up with something that would define the character of Harley Quinn accurately, something which would speak to the public the way HARLEY Quinn does, and we can see that they have been successful in doing so. The concept of having a DIY jacket completely resonates with Quinn’s personality, it is something that we could all imagine that Harley would have made herself. This is why out of all the costumes that we have discovered in this movie of Harley, the caution tape jacket is by far the most stunning piece of work!

What does it cost?

Just when the trailer got released, people started to adore the way Harley was dressed, and this is one of the reasons why the costumes were available in the market even before the initial release of the film itself. However, if you are one of those who wanted to see the whole movie first and then decide which of Harley’s looks would you want to carry on with, and now finally after watching it, you have decided to get this caution tape jacket, you have certainly made the right decision and have arrived on the right place.

The original cost of this jacket is $129 which for a Harley Quinn costume seems pretty reasonable. However, if you get it from USA Jacket, you will be able to avail of several discount offers. For example, since the movie got released only recently and Valentine’s Day is around the corner, they have special discount due to which now it will cost you only $57, which means 56% off!! And if you order it right away, you will also be able to get it before Valentine’s Day. Also, while wearing red on Valentine’s Day is cool and traditional, we all know that dressing up in this caution tape jacket for your date would be so ironic that it is worth trying!

Like any other product, this one also has a number of things that could be counted as good or bad depending upon your taste in style! Here we have a list of things that we think could count as pros or cons so that it is easier for you to make a choice:

Quality of the Product:

The quality of this particular product would include two different things, apart from the usual stuff. These two could be classified as the plastic and the fringes used.  But before going in the details of that, you need to know that the zipper fastening closure works perfectly on this transparent jacket, which brings us to this next point: the jacket is made up of transparent plastic just like the one acquired by Harley in the movie. Hence, if you are planning to do a cosplay with this jacket, you would want to buy or arrange a pink top to wear inside of the jacket as well since this one is transparent. Now, we can move on to the plastic and the fringes used in the making.

Plastic: since the jacket is designed in a way that it looks exactly like the one acquired by Harley in the film, the plastic used is of great quality. However, you need to first be clear about the fact that whether you would feel comfortable in it or not. For most, it is not difficult, but if you are extremely picky about the material you are wearing, you need to be certain about this one!

Fringes: as stated above, the jacket is a DIY one and so the fringes are sewed professionally to the plastic. However, your verdict on the number of fringes could be different from that of others. This means that you might think that the quantity of the fringes could be more than that already present. However, since this is a DIY jacket, you can add more fringes yourself if you wish to do so, although we wouldn’t recommend that as the work is done here is very professional and so it should be acquired as given!

What did the Users say?

Well, as we have already told you about the way this jacket has been made, the users up till now have been pretty satisfied with the quality of the jacket and the accuracy with which it resonates with the original one. However, the only complaint that might be a problem was that the plastic is hard (for ensuring good quality) and so it might be difficult to get used to it at first. But if you are a true Harley Quinn fan, you would know that she never settles for something easy and so neither should you! Also, this is just something that a small percentage of people felt and most of the buyers felt very content with the way this jacket is made.

Our final verdict would be the fact that every woman who has ever fallen in love with the character of Harley Quinn should definitely try this one rocking jacket. Either for a cosplay or just to look great in a regular party, this jacket will always look sleek and is definitely never getting out of fashion! Plus, the reason of using caution tape is also something that defines Harley’s character and if you think your personality is somewhat similar to that of Harley Quinn with regards to not worrying about anyone or anything, and to be the person who feels confident with her personality, you should definitely get this jacket in your wardrobe as soon as possible!