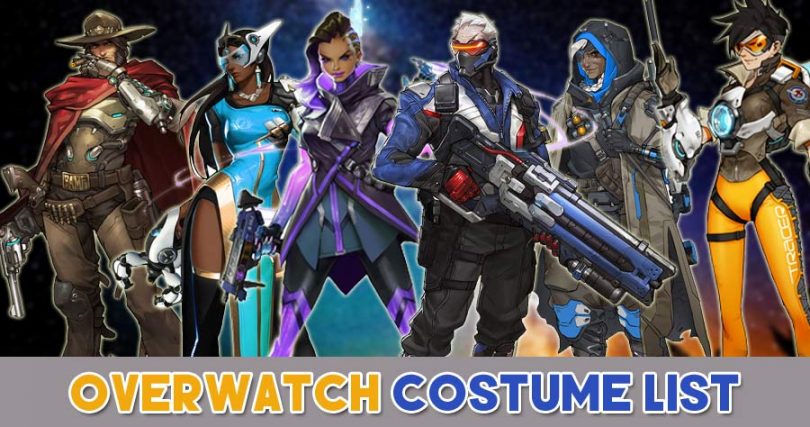 Awesomely adventurous and entertaining – though the Overwatch game series is an FPS bargain for the game enthusiasts worldwide. We are seeing that now first person shooting games are going about with a more fable endeavor amid the fact the characters have widen up with enormous abilities and tactics beyond normal human imaginations. The Overwatch FPS fever has even turned towards the fashion industry as well. Our online store thrives to bring you exquisite graphic garments with sheer screen-accurate detailing and visual vibes out of it. On contrary to its explicable mission routines and enroute fighting whilst moving towards the objectives or destinations, hero power-ups and immersive supernatural abilities have taken the FPS gaming experience to a rare flair flow.

One of the girl defenses character for Overwatch if you guys ask me. A young girl that ensures everyone in her team is safe and sound while she delivers cold blows and snowy shivers among enemies. If you have a friendly and protective nature then this is the right costume for you to wear this season. Mei character is definitely on our Costume DIY Guide charts as well as the Mei Overwatch Coat is our cool souring specialties.

We are so much excited to name the Overwatch heroes one after another due to their matchless characteristics and inimitable individualities. So our next presentable hero cast of the Overwatch gaming franchise is Ana. So let’s get started.

Ana is by far one of the best lady hero figures in the Overwatch game series. She effortlessly makes to our top Overwatch costume list. Our clothing crafters have structured out the Ana Overwatch jacket with a fantastic supreme ensemble embodiment of Overwatch Ana. You will be surprised with its sheer exactness and high-end fabrication excellence.

Deadly surprising already! Our next Overwatch hero is the merciless Reaper. If you are sad and don’t want to go to cosplays, then this is a worth Overwatch costume you should look for because you’re angry to the core. 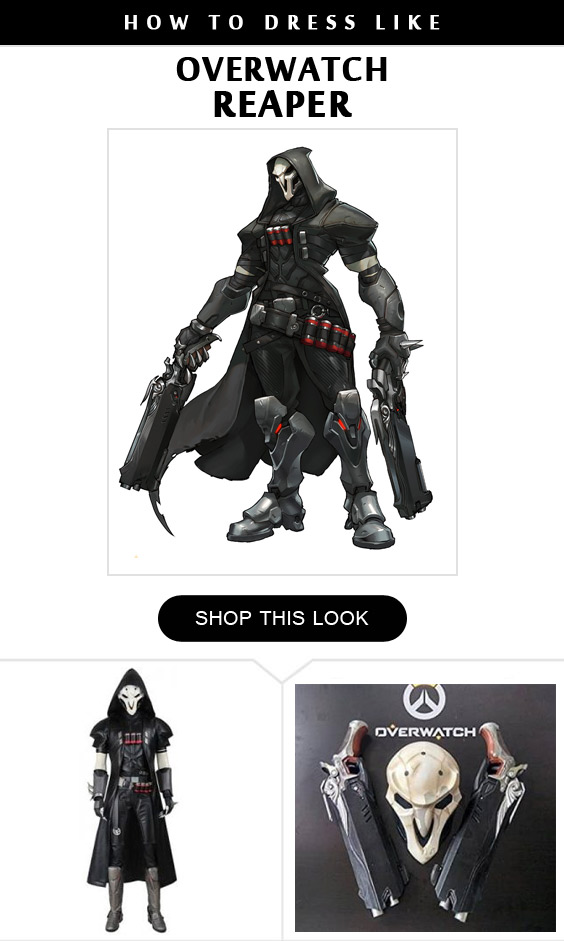 Petrifyingly, the Reaper is a nasty evil looking hero that is heartily convinced to cause terror among the hearts of his enemies. A deadly assassin and an Offense character to the Overwatch game franchise that embarks horror among his counterparts. Adding to our online store wardrobe collection for the Overwatch franchise, we also offer the remarkably reserved Reaper Overwatch Coat. A good grab to hide your identity while you frighten crowds at cosplays.

Angela Ziegler is the real name of Mercy – a long lady from Switzerland that brings about illuminating rescues for her teammates. Mercy is dressed in an angelic fashion and assists her team towards a glorifying victory and a triumphed ascension.

Undoubtedly, Mercy character is one of those few heroes that are extensively graceful and are equally likeable among Overwatch fans worldwide. This is the reason our team at UJ is offering you a handpicked Mercy Overwatch Costume Guide DIY to let you dress up in a more loyal way of the angels. 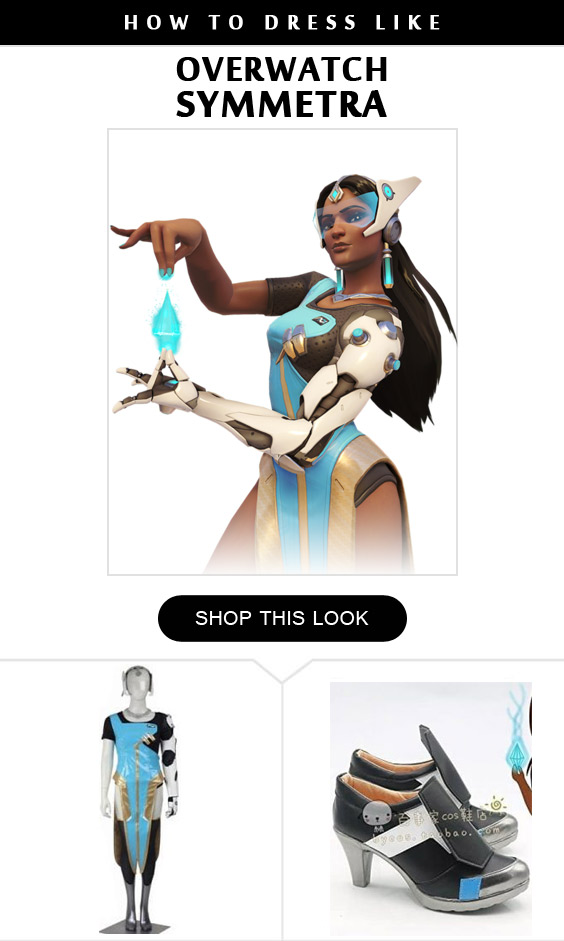 Same as other Overwatch characters, our online staff has enthusiastically composed in exquisite get-up and prop components for the ideal Overwatch Symmetra Costume Guide.

A land-stellar female when it comes to hiding and hacking. The one and only mysterious lady dressed in purple goes by the name Anonymous i.e. “no one knows”. She’s also one of the favorites of our clients and we can’t forget to offer them a stunning Overwatch Sombra Costume Guide.

How can we forget one of the main protagonists of the Overwatch Series? Tracer is our next pick for you guys. She’s as nimble as a bullet and surprisingly swift as an arrow. So let’s get started:

If you’re a diehard Tracer fan and want to impressively improvise like her, then our Overwatch Tracer jacket is the seamless choice for you. Our expert garment making crew gets you neatly going on in diverse game-crazy cosplay events such as Comic Cons, Halloweens and other seasonal character dress up occasions.

Overwatch D.Va costume is suitable for those girls and cosplayers who have an aggressive and destructive personality in their personal life. And if you have both then don’t think a sec more to choose your favorite Overwatch Costume guide.

Our next up heroics is another lady leader character by the name of Widowmaker (sorry boys you have to wait a little longer as it’s always you first).

Wrap up your entire plan A’s and B’s, because when there’s Widowmaker around, you can’t take her off your hook due to her extraordinary in-battle improvisations. A serious lady figure that dominantly takes on almost all the other Overwatch heroes. Overwhelmingly, an elegant long lady that infuses those daring looks that won’t show compassion if you keep staring at her. So if you or one of your friends is tall and lately the Overwatch denizen maniacs then adapt to our Overwatch Widowmaker Costume Guide DIY.

Hanzo is one of the best Defense heroes of the Overwatch gaming franchise and is a one-man standalone figure that knows his bulls eye traditions. He is a terrific archer that craftily cuts down the enemies running towards him into half or full even before they could reach his nearest of outskirts.

So feel free and satisfy while buying our exceptionally built Overwatch Hanzo Costume Guide that strikes with sheer vestment genuineness. Next up come Jesse McCree – a gunslinger with a cigar.  So let’s get started with the Jesse McCree’s heroism role for the Overwatch game series.

A great gunslinger who has no time to hang on in his leisure times as well. He is the one who you should fear the most when it comes to bullet-hitting precisions. A cavalry within himself that shows no mercy to whoever the opponent he’s fighting against. Definitely, our online store will provide you with the best Overwatch McCree Costume Guide DIY in order to ensure that you get the most exact similitude. Feel free to find out more of our stunning Overwatch Merch collection that classily fits you best.

Genji – an accurate Offense character that could ever become. He is a man with immense ninja skills and stealth eagle vision. Here is the guide that can make you look like him or if you’re lucky then definitely you will get his powers too…

Corruptively dirty and dangerous as it could get. We all know that Junkrat adds bit humor and cracker garbage to our Overwatch gameplay. A must try Overwatch character costume indeed. 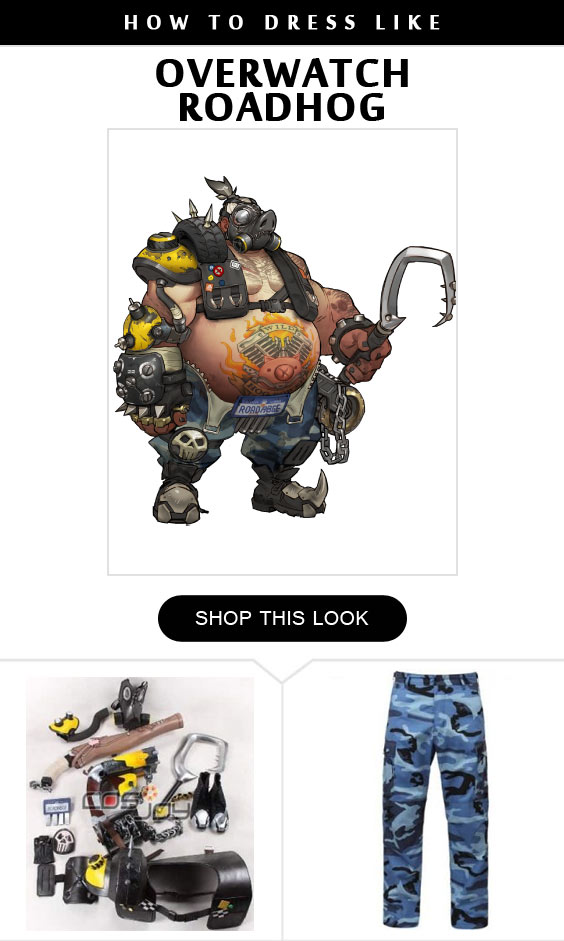 A 600 hp Tank blockbuster member is here on our Overwatch Costume list. One of his main attacking modes is to single out weak heroes as well as cause a rough disharmony among the counter team coordinates. Surely worth a try if you play Overwatch.

Lastly, an offense hero that also perpetuates some Support hero characteristics as well with his Biotic Field component.

Soldier 76 is one of the most well-groomed of all the Overwatch hero characters amid his background of being an ex-soldier of the United States Army. He is an Offensive hero, but also incorporates hints of being a Support hero as well. USA Jacket has taken inspiration and forwards out a quite a remarkable masterpiece – the Soldier 76 Jacket that will befit you in the most genuine beguiling way. Take my word guys!

Ending the Overwatch Costume Guide here, letting you some sort of an idea how each of these heroes are different from one another. Dealing in with their behavioral tempers and boosting abilities, you can choose the hero that fits best your personality.