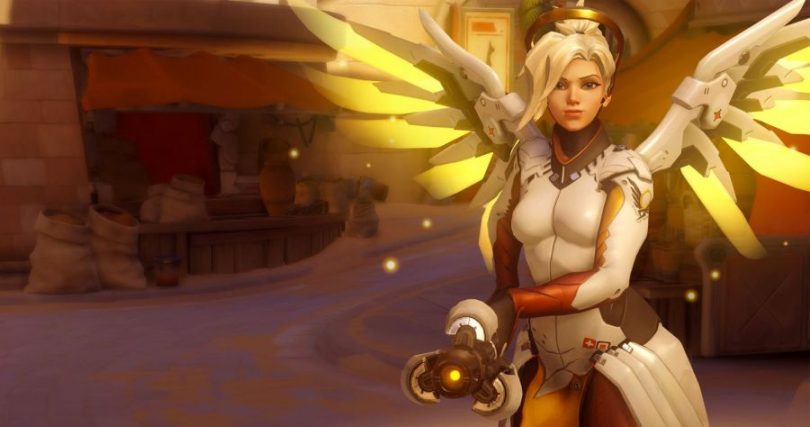 The Overwatch franchise has prospered quite fruitfully, reaching from the consoles to the closets. There are many playable characters in the Overwatch game and right now we’ll talk a bit about the Support elegance of Mercy Angela. If you’re already the geek, be ready to follow this Overwatch Mercy Costume Guide carefully. And we promise to never let you down, letting you grab every nits and bits in order to enhance your Mercy Angela looks to sky-limits level.

Here comes another lady genius with her plans to squeeze up the winning streaks (if any) of her opposing Overwatch force. Her role in the Overwatch player list is of Support. She’s the field medic and the first responder to her co-players at the battle grounds. The combative skills she’s engaged in are mostly non-harming responses – her overwhelming healing abilities to her teammates. Her proficient powers include Angelic Descent – an arrow that can slow the speed of her fellow soldier when falling from high altitudes. The Caduceus Staff that when hits an ally lets him get less injuries or he can apply more damage to the opponents during the staff’s contact. Also, her Guardian Angel and Resurrect are some of her finest strategic augmentations. Moreover, she is one of the most authentic of Support providers when it comes to the sudden-death life-saving needs.

Just follow simple easy steps below of the Overwatch Angela Ziegler Mercy Costume Guide and get ready to spectacularly enthrall the crowds at Comic Cons and other character dress up events.

This inner wear is body-fitting attire and is endurable when it comes to the durable stretches. This is the ideal Mercy Angela Overwatch Costume Outfit that goes soothingly well with the fabric body-touch feels and fits. A good Overwatch Mercy Inner Suit to grab on. 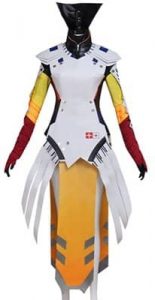 The upper suit for the Overwatch Support character is made with the premium polyester along with first-class PU leather materials. This upper suit will beautifully boost up your Overwatch Mercy Outfit attire renditions to a whole new level. 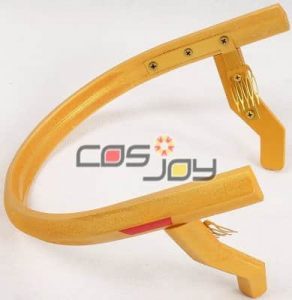 This headpiece is one of the essential props for the Overwatch Angela Mercy Costume DIY Guide to describe. Made with high quality plastic material, this is a solid investment to highlight your heads with the best facelift approve accomplishments. 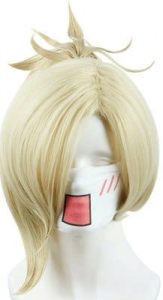 Here comes the wig for the Overwatch Mercy character. This is a blonde wig that goes gorgeously with the Mercy Overwatch Outfit dress up cultures. The fibers are made with strengthened constituents and cautiously decorated to give them a more graphic-glamour of the striking elegance of Angela’s Overwatch character. 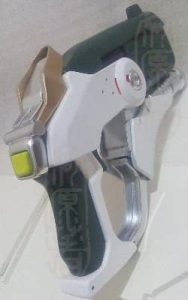 Of course how can we forget the Mercy gun prop? This is one of the essential hand-on gears as soon as you leave your houses in the Overwatch Mercy Costume for the Comic Cons and other character get-up activities.

This is one solid staff when it comes to the character of Mercy. This is definitely going to win you admirations and praises of people. To be honest, this is one of the most wanted Angela Mercy props you’ll find anywhere. This is worth the deal! A win-win prop purchase indeed.

Not to worry ladies if you’re looking to boost up your bodies with other elegant embodiments. Next up is the Overwatch Sombra Costume that’s a bit different from the other women wardrobes when it comes to the clothing charms.