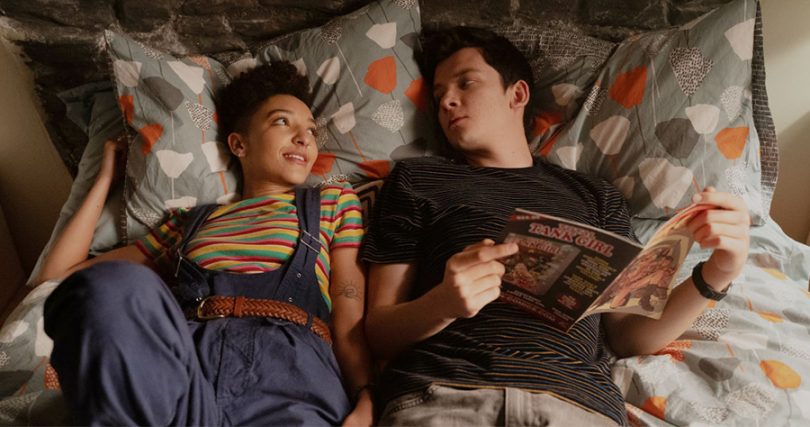 It’s been a year since we got the ultimate series of our times to get released on Netflix. Yes, we are talking about nothing but the show called “Sex Education” There are a number of reasons why Sex Education became this famous. However, the thing which we were most interested in since the news break down back in February 2019 (just a month after the first season was aired) is the fact that there will be a second season! What is more interesting? We are almost there and will have a chance to watch the amazing series one more time! With all the excitement that is pumping up, we wanted to gather all the information that we possibly could about what will happen in season 2 of Sex Education! Hence, this article is for all those fans out there who like us have seen the trailer more than once and are eagerly waiting for season 2 to air on Netflix!

Before jumping into the part of what will happen in season 2, here is a little recap of season 1 for all those who watched season 1 a long time ago and would like a refresher or for those who haven’t yet benefitted from this show but are planning to binge-watch both seasons together:

As evident from the name itself, the series portrays very much of what it aimed to do in the first place. Whether you are an amateur in issues related to sex or if you are a pro, you will enjoy this series for sure. The story revolves around the central character of Otis and another important figure with respect to him, i.e. Maeve, the girl who Otis falls in love with (obviously, you cannot expect a series to not have this angle, especially if the name itself suggest it)

While this love bond is significant to understand and is central to the show, the main theme is still about giving sex education. Otis’s mother is a sex therapist. He knows a lot about it, which means that he is aware of the proper terminologies and not just being an extra teenage boy who wants attention. When Maeve discovers that Otis has this specific ability, she immediately makes use of her entrepreneurial skills and comes up with a business idea of opening a sex clinic. She needs the money and Otis will get a chance to spend more time with her, so this business plan definitely worked. Sadly, their love story didn’t as Maeve got involved with one of the most popular guys at school, Jackson and then Otis also tried to move on, but towards the end, all the fans are sure that the feelings were not just from one side but that both the parties were feeling the same but were unable to channel these emotions in the right way!

What to expect from Season 2 then?

Well, one thing that was obvious from the first season was the fact that even if you are good at tackling an issue for others, you might not be excellent in it when it comes to yourself. While Otis was helping quite a number of people in school to overcome their sexual and relationship issues, his own life had a problem in both of them!

Hence, when season two was announced only a month after the release of the initial series, because of the obvious fame and love that the show received, we all started hoping for good things to happen for our all-time cute couple which never really got a chance to be a couple, although we totally ship Maeve and Otis so they are a couple for us!

When the trailer for season two was finally out, our expectations changed a bit. The rationale behind it is simple; while we love both Otis and Maeve, we all are well aware that the show is not just about these two characters; it is also about Otis’s best friend Eric and his issues, it is also about how being famous or having a particular identity that might be appreciated in society is not always a good thing and that it has its own consequences, like the ones that Jackson and Adam had to face on different levels. Hence, the trailer confirmed and gave us hope that while centering there focus on Otis, the new season will support all the other characters and their stories which in a way or other intertwine and will reach a sensible end for this season!

Watch the trailer once more before we finally get a chance to watch the whole season and see if our thoughts resonate with what you have in mind:

Well, after watching the above trailer, a lot of things were kind of vague, although after looking at the second trailer (which you can see at the end of this article) a lot of things started to make sense. It is still hard to comment on the final stance though. Hence, here are some pointers that we have got for you after analyzing every piece of information that we have got about season 2:

Take a look at the second trailer and now let’s wait for the final big release of 2020!