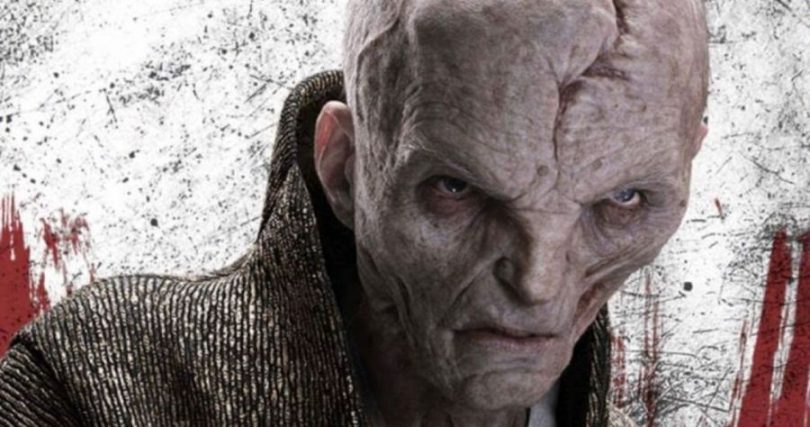 The punctured head skull faced man that doesn’t look depressed at all, rather, an inevitable demonizing exploit plan hovers around his awfully disfigured face. Disgracefully known as Snoke – the leader of the First Order, a military junta resurrected from the fallen Galactic Empire which seeks authoritarian claim over the galaxy. This Supreme Leader Snoke DIY cosplay guide is a valid approach towards a villainous embodiment that not darn pretty but scream-get petrifying.

“Feels like here’s the Lord of the Rings *Gollum – MY PRECIOUSSSS* elder brother having a false hope that he could reclaim the lot of Galaxy without any intervention of spacy humanoid valor.”

Snoke that got the ash grey putrefying look doesn’t lit up a weed neither is a chain-smoker, but deepens his vehement look, Snoke is one of the most popular Star Wars adverse entity you could camouflage for your cosplaying undertaking. Force mighty and the master of Kylo Ren (Ben Solo) and General Hux, the head-wedged old man is young to his gutty brains ready to create spiteful relations among Star Wars factions.

Additionally, all diehard Star Wars followers know that Snoke is the primary antagonist of the Star Wars sequel trilogy and are quite excited to exemplify his appalling face down mantle. The Supreme Leader Snoke costume guide is the most peculiar manifest to become the most horrendous of all the spiteful entities in the Star Wars trilogy series of the 21st century.

So let’s get started with this skeletal skin covering specie that might be weak but got that brutal overbearing attitude amid creating ripples among interplanetary blocs. 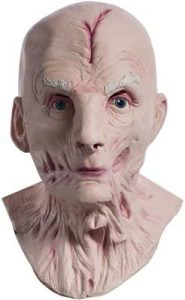 This deformed facelift would definitely have a huge impact on other Star Wars fans because they’ll sure be running for their “not so long to live now” lives hastily here and there. 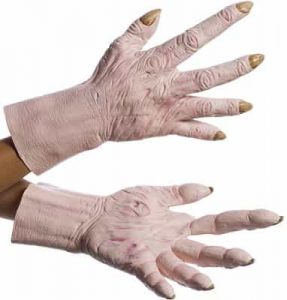 Gear grip to your hands these horrendous hand gloves that would even make bulldogs bark in a squeaking sound rather than a loud ear-eating growls. Snoke up the ghastly epitome of Star Wars Snoke with this fittingly unpleasant Supreme Leader Snoke Star Wars DIY Guide for cosplay at Comic Cons, Halloween or at any related happenings. 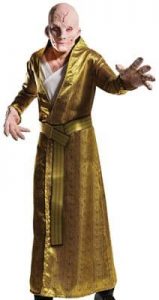 This golden gown is made from 100% polyester and is an unimpeachable smokescreen for your most awful preacher the galaxy has ever witnessed.

Make people cry and don’t even think about to dry their tears – tear their happiest of feelings. After all you wanted to be pinnacle of iniquitous. Now you got what you’d intended for. Pay the price with inevitable yelps now!!!

USA Jacket also comes up with a doppelganger effect in case you’re a twosome terrific effect. So don’t forget to follow our exclusive Harry Potter Voldemort Costume Guide as well that would really animated pals going together frenziedly at diverse cosplaying events. Besides, there are lots of Google topper guides you could follow that unbeatably rank at top 5 positions online – IT Clown, Assassins Creed, Thor Costume Guide and much more.