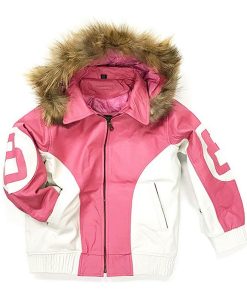 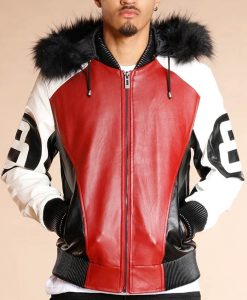 What Is 8 Ball Jacket?

The 8 Ball Jacket goes way back in times and endures the contribution of Seinfeld, a sitcom TV series to the fashion industry. The series was initially aired on NBC in 1989 and concluded in 1998 with a total of nine seasons. The stand-up comedian Seinfeld with a handful of friends was the focus of the series.

Michael Hoban’s contribution in the wardrobe collection of Seinfeld, introduced the classic 8 Ball Jacket that inspired the audience all over the world. The leather jacket designed by Hoban worked like a charm for the followers of Seinfeld, and still is.

8 Ball is basically a pool billiards that is played on a billiard table. A total of fifteen object balls and one cue ball are placed on the table, among which the black 8 Ball is what spices up the game. Eventually, the leather jacket that Hoban worked on, featured the 8 Ball numerical stamp and that’s where it all started.

The 8 Ball design turned the game into Hoban’s favor and ended up completing the perfect design. The jackets were becoming so popular that the followers of sports, games and series “Seinfeld” flattered over the design and rushed the collection.

Seinfeld was one of the most popular sitcom TV series on MTV and with this 8 Ball jacket, the fan hood of the series was mesmerized in the fashion industry as well. By the end of 1998, the 8 Ball Jacket became insanely popular when David Puddy (Patrick Warburton) wore the jacket in Seinfeld. Even today, the 8 Ball jacket is the most meaningful attire for sports enthusiasts and gamers. The jacket is attired for casual gaming events, as the leather jacket is meant to define the manly billiard game of 8 Ball.

Thus, the history of 8 Ball Jacket started back in 1989, when Michael Hoban was inspired by the idea of creating and introducing the Letter 8 stitched pattern on a leather jacket. The wardrobe of Seinfeld portrayed the leather jacket on David Puddy and inspired the audience with the thought of look it had.