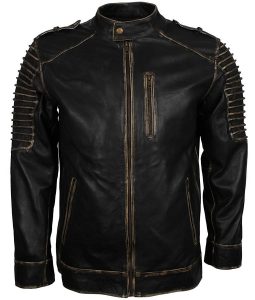 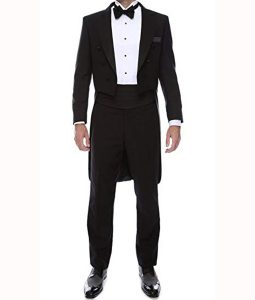 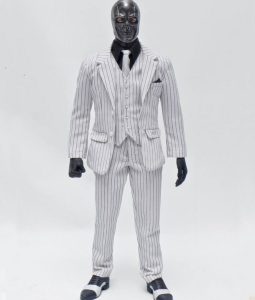 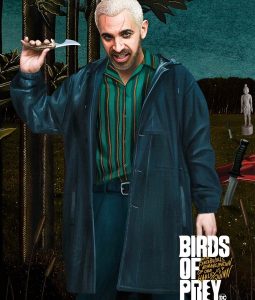 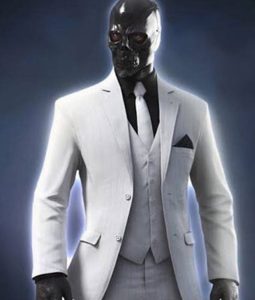 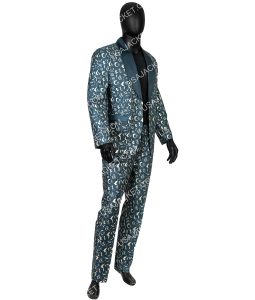 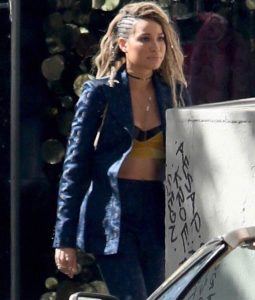 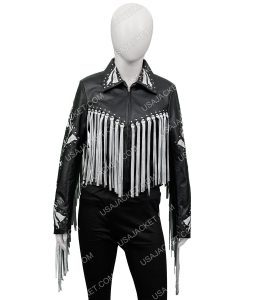 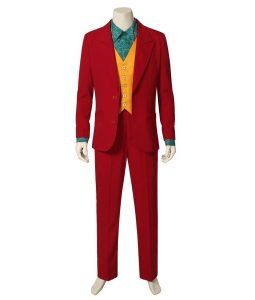 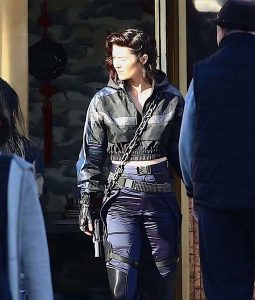 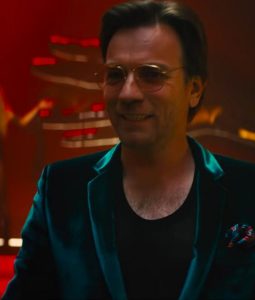 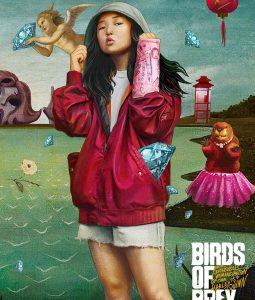 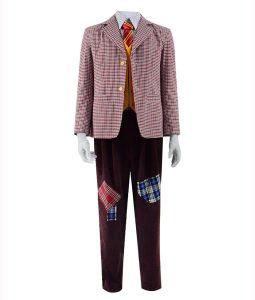 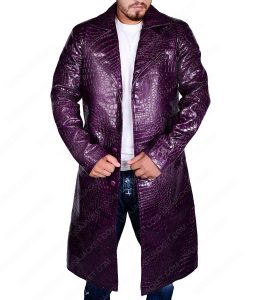 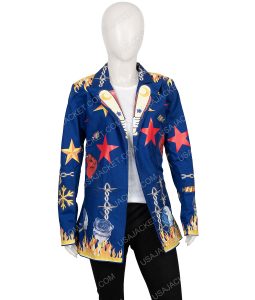 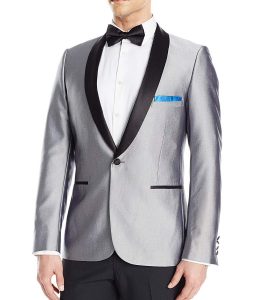 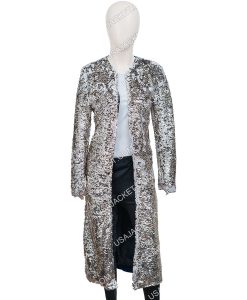 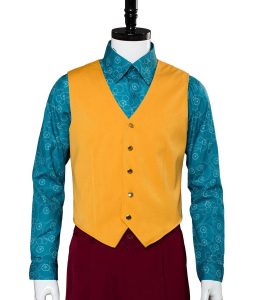 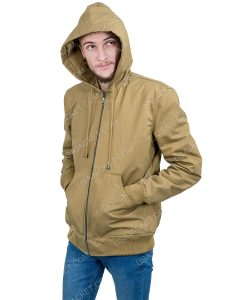 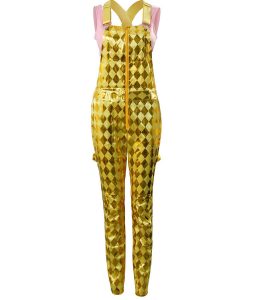 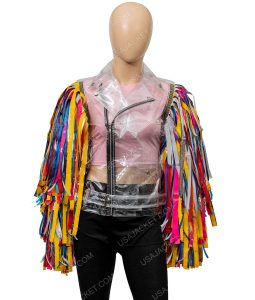 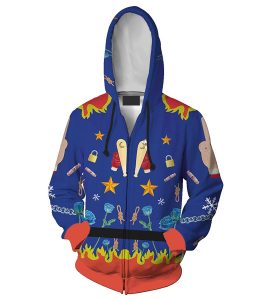 Birds Of Prey (And the Fantabulous Emancipation of One Harley Quinn) Merchandise: Jackets, Hoodies And Shirt

Birds of Prey is an American superhero film, starring Harley Quinn. The movie continues the journey of Harley Quinn as she has left Joker behind and joined forces with Black Canary, the Huntress, and Renee Montoya to protect Cassandra Cain, a young girl who has a diamond which originally belongs to a crime lord, named Black Mask. The fans have adored the positive and protecting portrayal of Harley Quinn’s character. The unpredictable change of Harley Quinn’s role is surely a pleasure to be seen on screen. Not only the portrayal of her character has been a charm for the fans, but the subtle and classy outfits that she has been attired within Birds of Prey are surely something to desire for. Wouldn’t you love to grab onto the iconic apparel that she has been carrying on the big screen?

Well, we have an entire category of clothing where you can find that attires that Harley Quinn has been slaying in. You can now cherish the look of your favorite supervillain, who always stood beside the Joker. The unpredictable change of the character of Harley Quinn will surely win over your heart, once you get your hands on the costume that could make you replicate her diva personality.

Our category comprises Birds of Prey jackets, coats, blazers, rompers, and hoodies. You can choose the one that you like and order it right away, to replicate the look of the fashion diva! Check out the Birds of Prey Harley Quinn Duster coat – the attire that could bring the classiest side of your personality in front of the world. The coat has a velvet body along with sequence sleeves. The front open closure, along with round neck color, is surely an appealing factor of the charming coat.

The Birds of Prey Harley Quinn Fringe jacket is another piece of attire that has won over the hearts of millions of fans. The jacket is made of real leather along with an internal viscose lining. The front zipper closure goes up to a classic collar and gives you a perfect fitted look. Another featuring attire that has stolen the attention on the screen is the Birds of Prey Harley Quinn jacket which is made of PVC material. The transparent look of the jacket with a classic motorcycle collar is surely something that a fan would love to own.

As classy and unique Harley Quinn has been, so has been her costumes. The Harley Quinn golden romper is something that only Harley could’ve opted for. The entire romper is made of satin along with golden diamond patterns and a front zipper closure. Check out the Margot Robbie Birds of Prey Blazer in blue, made of wool blend. The Harley Quinn hoodie is also an attractive piece of clothing that would be an honor to have! The black cropped jacket that has been worn by Huntress is surely an attire that has caught your attention right away. The jacket is made of a parachute. An attached hood has been accessorizing the look of the jacket with grace.

Honor yourself by getting your hands on the costumes that have been portrayed in Birds of Prey. This is your opportunity to prove your fan hood! Grab the jacket, coat, or blazer; whatever excites you and replicate the look that the character of Harley Quinn has been carrying in Birds of Prey. Embrace the elegant yet a classy look, with a pinch of attitude. Own the attire and represent your favorite fashion diva in the real world. Let the world witness your charm! Go slay, Girl!

Who is Harley Quinn?

Harley Quinn is the fictional character of DC Comics. Dr. Harleen Frances Quinzel aka Harley Quinn was working as an intern psychologist at Arkham Asylum in Gotham City. The reason why Harley pursued psychology, was because she wanted to understand her own broken family. In Arkham Asylum, where Joker held an attraction persona, she volunteered to treat Joker but instead, fell in love with him and helped him to escape the asylum. This is when she transformed into an accomplice of Joker. She was madly in love with the sadistic personality of Joker, which made her perform cruel and evil acts as well.

The powers embedded in Harley Quinn, are superhuman strength and agility. Her smartness is surely one of the other powers that she has because after all, she stepped in DC Comics as a psychiatrist. Harley Quinn is described as one of the strongest female supervillains in DC Comics, she has some amazing mental powers which makes her character so unpredictable and appealing. Her skills in fighting are surely something to watch, as she is a gymnast, her moves are quite alluring. Above her, her insanity is the biggest superpower that we have witnessed on the screen since her craziest bond with Joker is not something that a sane person can nurture, right?

Who is Black Mask?

Roman Sionis known as Black Mask, is the fictional supervillain, introduced by DC Comics. The former business executive and mafia boss are presented as a brutal crime lord in Gotham City, who hates Bruce Wayne to the very extent. The concept of a black mask has been originated by the events that took place after his parents’ death, as Sionis bankrupted their company and saved by a buyout by Bruce Wayne, that’s when all the hatred started. The character of Black Mask is one of the biggest rivalries of Batman who tortures Gotham City to get back at Batman.

Who is Black Canary?

The fictional character of Black Canary is depicted as a superheroine in DC Comics. She is one of the earliest super heroines introduced by DC Comics. She is a former member of the Justice League who has been fighting crime for the sake of Gotham City. Initially, she had no superpowers and was spotted fighting hand to hand. Later on, she was embraced with the superpower canary cry; the sonic scream that had the tendency to break objects and even kill powerful foes. She was depicted as a world-class martial artist as well.

Who is Victor Zsasz?

Victor Zsasz is the supervillain introduced by DC Comics. The fictional character of Victor Zsasz is defined as a psychotic killer, who kills people with knives and carves a tally mark somewhere on his body for every kill. He was initially introduced as the head of his own international company, but at the age of 25, his parents died which lead him into depression. The collective team of enemies that composes Batman’s rogue gallery, is where Victor Zsasz belongs. As a supervillain, he is one of the trusted agents of Black Mask.

Who is Cassandra Cain?

Cassandra Cain, also known as Cassandra Wayne is the fictional superhero introduced in DC Comics. Her character is the first one to be cast as Batgirl in the comics. She has a peak level of strength, speed, agility, and stamina. She has been gaining training in martial arts all her life, which makes her competent as a fighter. She has her own styles and techniques. She has knowledge about assassin techniques, such as pressure points, stealth, and killing techniques. She is able to body read, which allows her to read what people are actually thinking and planning to do.

The Huntress, known as Helena Rosa Bertinelli, is a fictional superhero in DC Comics. She has a sad history, as she was born in a mafia family, at the age of six, she was kidnapped and raped by a member of a criminal family in Gotham City. She commits herself to put an end to the crimes in Gotham City, as she returns back from her education in a boarding school, she makes her appearance as the Huntress.

What Fantabulous Emancipation Harley Quinn Do in Birds of Prey?

Previously in Suicide Squad, Harley Quinn was deeply in love with the Joker, which made her do all kinds of evil and cruel acts, just for the sake of love. In Birds of Prey, the plot has focused on these love birds being separated. The trailer of Birds of Prey opens up with the narration of Harley’s and Joker’s break up. As they split off, they are shown to be in a vehicle, where Harley jumps off leaving Joker to die behind. The Fantabulous Emancipation Harley Quinn in Birds of Prey has been the reason behind Joker’s death. As the vehicle runs into ACE Chemical Plant, it explodes, and since Joker was in the truck, it is assumed that his character has come to an end.