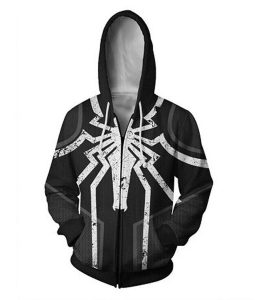 How can one entirely focus on a superhero for more than a decade? It does sound like something a crazy fan would do. Well, that is exactly the scenario here. We are in a timeline where nobody gives a crap about who says what about their superhero because the directors are doing their best to give the fans are more remarkable performance and portrayal of their favorite superhero every time they appear. After years and years of superhero movies, we already got various variations of how one superhero can be portrayed. Apart from the other differences where rights and titles are concerned, it doesn’t get any easier to impress the fans, especially those who know everything about their favorite hero. When it is about Spider-Man, you can expect the standards to be raised. Everyone is familiar with the Spider logo and the webs on the body to identify the person to be Spidey. So messing around with the story arc is asking for hanging upside down by a web. Luckily, the newest portrayal of the hero is welcomed with open arms and this is why the overall trend has risen. The collection before you is known as the Spiderman Hoodie category. In this, other than the coolly designed hooded jackets, you will also find outfits that were worn in the newest films of the superhero. Regardless of how the movies have turned out, in some way or the other, there was quite some favoritism shown for his costume. This collection of clothing of Spider-Man includes various colors, styles and logo designs that are sure to be loved by you and the fans. Here you will not only get a superhero’s outfits but for many other things and see experiences of the other customers that were the first ones to purchase the product.

What is the story of Spider-Man?

The man responsible for almost all of the characters in the Marvel Cinematic Universe, Stan Lee created the web-slinger back in 1962 with Steve Ditko. Spider-Man first appeared in August in that year and has a very sad but inspiring story. Peter Benjamin Parker is the alter ego of the superhero. Peter Parker was raised by his uncle Ben and Aunt May after a plane crash killed his parents, who were Richard and Mary Parker. He became Spider-Man after a radioactive spider bit his wrist after it escaped from its enclosure, giving him to the ability to that of a typical spider.

In the comics of Marvel and a special issue, Spider-Man has died on more than one occasion. Classic villains like Doctor Octavius and Green Goblin were responsible for the death of Spider-Man. Nevertheless, in the latest spectacle in the form of the Spider-Man: Into The Spiderverse, Kingpin kills off Peter Parker in the animated film.

What powers does Spiderman have?

Spider-Man received his powers after a minor accident of being bitten by a spider. That radioactive bite gave him superhuman abilities like agility, strength, stamina, reflexes, speed, and healing. His other abilities include the famous Spider-Sense where he can detect something happening before it reaches him or anyone around a parameter. Also, he can shoot webs from his hands and climb walls or any platform like a spider.

Spider-Man does not possess a healing ability like the other characters such as Wolverine and Deadpool. However, Spidey can recover faster from wounds and injuries much faster than an ordinary human would. Therefore, it is accurate to say that Spider-Man can heal quickly.

How many versions of Spider-Man are there?

In the two universes, the Marvel Cinematic Universe and Marvel comics, each have shown various versions and actors that have played the character in its history.

When it comes for the portrayal of the superhero in the MCU, Tobey Maguire was the first actor to portray him in a trilogy, followed by Andrew Garfield and now Tom Holland.

For the Marvel comics, Peter Parker took up the Spider-Man mantle, and after his death, it was Miles Morales. The last was Miguel O’Hara, who portrayed the Spider-Man 2099.