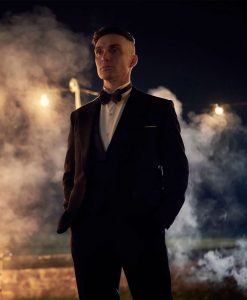 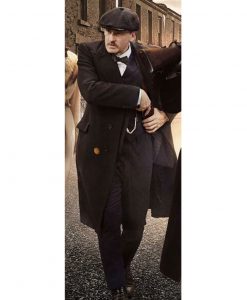 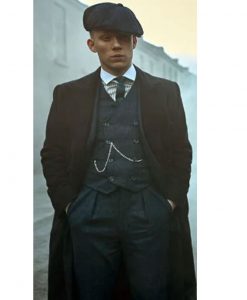 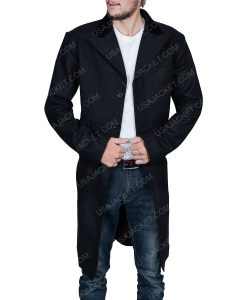 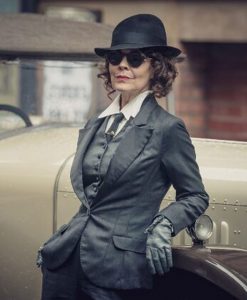 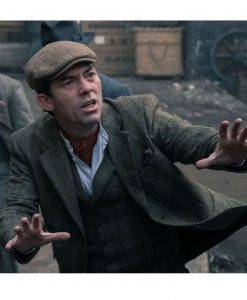 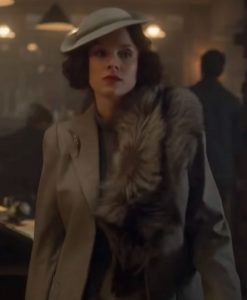 Peaky Blinders –is a gangster family based in Birmingham, England. The gang operated in England from the 1880s to 1910s, mainly during the First World War. This street gang known as Peaky Blinders, was mainly composed of young men from lower to middle classes, which depicted the harsh economic deprivations of Britain’s working class.

The gang was involved in racketeering, violence, robbery, illegal bookmaking and gambling. Peaky Blinders held the control for about 20 years, until 1910. Later, they were overtaken by the gangster gang, Birmingham Boys, led by Billy Kimber.

One of the most powerful member of the gang Peaky Blinders was Kevin Mooney. His real name was Thomas Gilbert, but he used to change his name often. David Taylor, Stephen McNickle, Harry Fowles, Henry Lightfoot are some of the other members of the gang.

Peaky Blinders, the street gang, wore tailored clothes that was quite uncommon for the gangs of that era.

The gang wore a uniform based attire, comprising of a three-piece formal suit that embraced them a decent and bold look. They paired up their suit with a detachable collar shirt, a newsboy cap, a heavy overcoat and Oxford laced boots.

The three-piece formal suit that Peaky Blinders are spotted wearing, is a sign of their status, as they chose to dress up as better versions of what the poor members of the community used to wear at that time. Their suits were quite noticeable, as they were delicate and decent three-piece suits, with a classy blazer, straight hem pant and a vest. Furthermore, their overcoats were the most noticeable item of clothing about their outfit. The members of Peaky Blinders usually wore coats with single breasted buttoned coats, in black and navy blue. These tailored coats are constructed from high quality heavy wool fabric, featuring peak lapel style or velvet collars, flap pockets on the waist and a flaunting fit.

Their outfits deliberately showcased their wealth and status, and the newsboy cap was a symbol of their gang.

If you are inspired by the look that Peaky Blinders are spotted carrying on the big screens, then all you have to do, is dress up in a classy way and hold onto a whole lot of attitude. To be like your favorite street gang Peaky Blinders, you need to get your hands on vintage tweed three-piece suits in checkered pattern, along with a detachable collar shirt and a heavy dark colored wool overcoat. Don’t you miss out on the flat newsboy cap that has been the symbol of Peaky Blinders.

What suits does Tommy Shelby wear?

Tommy Shelby is usually spotted wearing a grey herringbone three-piece suit, that embraces him with a wealthy and decent look. The suit worn by him is constructed from wool blend fabric, comprising of a blazer, vest and a straight leg pant.

The blazer features a standard notch lapel style collar paired up with a front buttoned closure for a classic fit, with long sleeves, open hem cuffs and two flap pockets on the waist. He pairs up his suit with a pocket watch and usually avoids a tie.

How do I dress like Peaky Blinders on a budget?

To dress up like Peaky Blinders in a friendly budget that doesn’t rips off your pocket, you can explore the web and come across brands that are offering a good discount on three-piece herringbone suits. Plus, the overcoats are also on a great sale at different brands, and you can surely find one at a good price, that can make you look alike a member of Peaky Blinders. Combine your tweed three-piece suit with a navy blue, black or grey to black overcoat, a newsboy cap and a classy smoldering look.

Yes. Back in time in 1800s to 1900s, braces were a necessary accessory to be worn in order to get a tailored look. Peaky Blinders have been spotted carrying a tailored outfit, with a three-piece suit, a long dark colored overcoat, a newsboy cap and a laced boot. To carry the tailored and manly look back in time, they have been wearing braces along with their three-piece suit, in order to embrace the tailored and fitted look that their gang carried to embrace wealth and class.

The outfit that Peaky Blinders used to wear in the 1800s to 1900s, wasn’t actually historically correct for the middle and lower class working people. The street gang decided to dress up something worthy than their class, but maintained their actual status with the newsboy cap that they paired up with a three-piece suit and a heavy wool overcoat. People back in time, did not dress up like Peaky Blinders, because they usually belonged to Britain’s hard working class. On the other hand, people inspired by Peaky Blinders look surely tried to dress like them and embrace the same fierce and powerful look that they have been admiring.