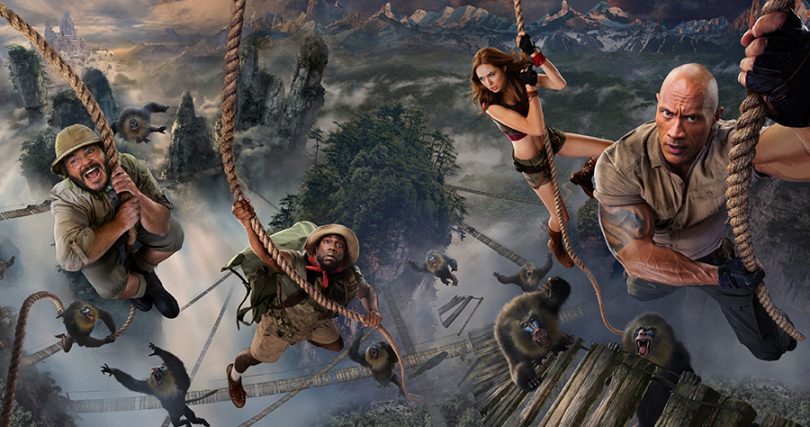 Jumanji: The Next Level is out and most of us have already seen it because who would want to miss any Jumanji series film at all? However, the reviews about this movie have been mixed up till now some people enjoyed it a lot, some would say that it didn’t meet the bar for Jumanji films set out by the previous two, or even three if you count Zathura. I personally think that both sides have a point and that this film has both negative and positive sides to it like any other film. What matters the most is that which part possesses more weight? And that is what we are going to find out in this review. We will be looking at different aspects of the film which either proved to be extremely good for the movie or just didn’t worked out, so let’s get started!

Basic Premise: for those of you who still have this movie on their list, here is a short summary of the basic premise of this film in order for you to understand the storyline. Since this is a sequel of the not so old Jumanji: Welcome to the Jungle movie, it builds upon that and one of the friends from the gang, spencer is stuck in the game again. His friends decide to go into the game once again and come back with him but only to find out that the game has changed a lot and that the one they mastered is completely changed. Things that changed majorly highlighted the avatars that they adopted last year, the all end up being in a different body (well not all but most of them) and they didn’t even get a chance to choose their characters. More specifically, the fil includes senior citizens as well this time around such as spencer’s grandpa which was an interesting addition to the movie as it gave them much more room to explore the characters. Was it utilized fully or not is what we will find out in a bit? So, if you have had a basic idea of what is happening in the world of Jumanji, let’s move on to find out the positive and negative ions of this movie!

Cinematography: one thing that worked really well for this film just like the one before it was the special effects and the way it has been shot. Every scene catches your attention and is so captivating that you cannot stop wondering how beautifully it has been captured. Plus, we all know that the Jumanji game, whether it is the board or video game always has a lot of dangerous surprises waiting for you. In such a film, the cinematography means a lot more than the usual films. If it wouldn’t have been this good, I doubt any of the acting or script would have impacted as much as it did now. Hence, all in all, this is one thing that worked really well in the movie for almost everyone.

Family Film: without a doubt, it is a film that you can watch with your family. This is one thing that I have always loved about the Jumanji film series that it is of a type that people from almost all ages can watch and have fun. Mostly, there are films which are either only for adults or there are kid movies but the premise of Jumanji is of the sort that fits into the minds of old and young. Maybe not, in the same way, the perception and the takeaway message from the film can be different but at least you can watch it with your kids without feeling like you are only watching it for them because let’s admit it, we all like adventures! There are some scenes in the film which you may not want your kid to watch if he/she is too young but it shouldn’t be a problem to skip it if you’re streaming at home. Otherwise, the film is pure of a kind which suits all age groups.

In comparison to the last two Jumanji Movies: here we won’t talk about Zathura because even if it says that it is from the same world, it is not really connected because of the flow that we see in the other three movies. Anyways, in comparison to the last two movies, I would agree with the fact that this one didn’t really meet the bar. The reason behind it can be described as:

Characters: lastly, I would like to conclude on a point that most of the critics and reviewers would agree with. The characters were all amazing because we all know that it is a big film with big names. However, two actors were the highlight of this movie, one in a good way and the other is obviously not so good way. So the character of Dwayne Johnson, in whose body was Danny DeVito. Well, it sounds nice to have that kind of a character shift but it just didn’t work out that well. It felt like Dwayne Johnson was struggling with the character for a good period of time and so I would say that if this would have been different, a lot of things would have changed. However, the character which we enjoyed the most was Kevin Hart, who was representing Danny Glover. It was amazing because of the energy that he had to maintain which is very different from how we usually see him and it was absolutely amazing!

All in all, we will always love Jumanji and even for this one, the good points worked better and I thoroughly enjoyed watching it!